Magura is a company based in Germany specializing in brake systems, forks, seat posts and cycling clothing for mountain bikes, hybrid bikes, electric and urban bikes.

It was in 1893 that the activities of Magura, founded by Gustav Magenwirth in Bad Urach, Germany, began.

Gustav Magenwirth was an apprentice and then an employee of Benz before becoming a manufacturer of engines, hydraulic pumps, steering columns and components for motorcycles and bicycles.

Magura is still owned by the Magenwirth family in the Magenwirth Technologies holding company, it is now the fourth generation that runs the company.

In 1957, Magura opened a plastic injection plant in Hülben near Bad Urach. 130 employees operate this production tool, allowing Magura to develop its own formulation of plastic Carbotecture and Carbotecture SL. The parts produced are used in bicycle brakes, motorcycle components and industrial parts.

It was in 1987 that Magura offered its first product for bicycles with the invention of the first hydraulic braking system fitted with rim pads. This device makes it possible to multiply the force of the pads in contact with the rim when the cyclist presses on the brake lever.

To continue its development through technical innovations integrating ever more electronics, a sister company to Magura was created, it is named Bebro and is specialized in electronic design for industrial applications, automation, medicine, electric mobility. , power generation or automobiles.

Magura is structured according to four divisions:

The most important last innovations of Magura in the field of the bicycle are the integration of electronics in the suspension systems ("eLECT" system) for mountain bikes in 2013 but also in 2016 an electrically controlled telescopic seat post ("VYRON eLECT" system). Magura and Bebro are also working on improving the efficiency of e-bikes with major manufacturers such as Bosch for example.

Magura capitalizes on these innovations, in fact the Magura HS33 hydrualic rim brake model is now available in HS11, HS22 and HSI versions.

Hydraulic disc brakes are available, the available ranges are:

Computers communicating with eLECT suspensions, the VYRON eLECT seat post and the battery of an electric bicycle.

Our offer of Magura products :

Since Magura parts and accessories are of good quality, we offer them in new destocked or reconditioned used condition.

The general condition of second-hand components is rated on a scale from 0 (for parts) to 10 (new with packaging).

The checkpoints are as follows: 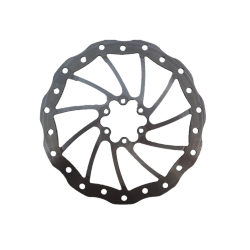 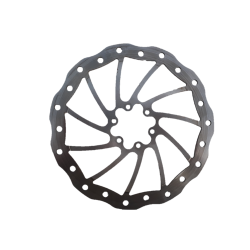 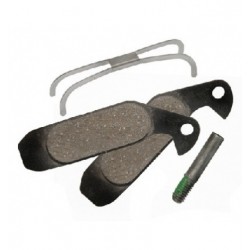 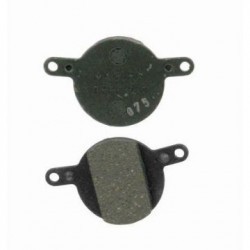