Rigida is a brand of rims and wheels for bicycles.

It was in 1908 that Rigida was created. From 1930, its production site was located in Noyon, France.

In 1965, Rigida bought the Rhône metallurgical establishments (EMR) whose activity was the manufacture of steel handlebars and rims marketed under the AVA brand.

In 1989, Rigida was bought by Van Schothorst, a Dutch manufacturer of bicycle rims. The company created is called the Rigida group. This partnership allows Rigida to equip professional cycling teams, particularly in Holland, and to become an international group.

1990, opening of a production plant in Malaysia.

1992 the DP18 rim model is offered in the market, it will be a great success for Rigida.

In 1997, the Rigida group acquired the Belgian rim manufacturer Alesa and Weinmann in China.

In 1998, the first rims with CSS treatment were produced.

The Andra model will be available from 2003.

2008, creation of the Ryde brand which replaces the Rigida brand, which is more international according to the group's management.

In 2009, the Rigida France subsidiary went into compulsory liquidation, the Noyon factory was closed.

From 2016, the Andra range has been extended.

Since 2017, the Trace and Edge versions have been made more reliable and improved, new configurations are available.

In 2018, a new site was opened in Geldermalsen in the Netherlands.

A new factory is opened in Hungary and new models of special disc rims are developed.

The ranges of Ryde rims:

For the road bikes :

For the electric bikes :

Our Rigida parts and components offer :

We offer a large number of rigida wheels and rims for road, city, electric, BMX or MTB in new condition from stock at the best price or second-hand revised. Used components are cleaned, a visual inspection is made and their level of functionality and performance is tested. On the basis of these observations a score corresponding to its general condition is defined on a scale from 0 (for parts) to 10 (new in its packaging). 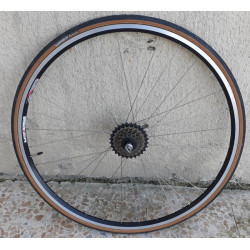 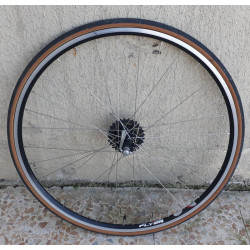 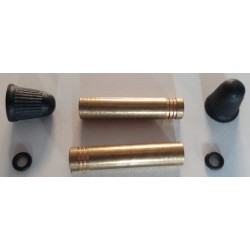 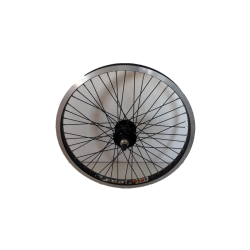 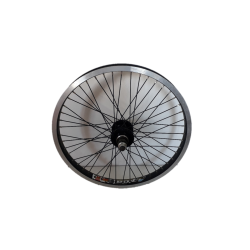