Simplex was an old french brand of derailleurs and gears levers for bicycles, it has now disappeared.

Simplex was created Julien Juy bike shop in Dijon (France) in 1928, the first product manufactured is a roller derailleur, the development and expansion of this company is very fast in 1933, Simplex manufactures 40,000 derailleurs per year.

In 1935, Simplex invented the first parallelogram derailleur (the Super Simplex), this feature is still used in the design of current derailleurs.

In 1936, the world champion model is proposed, it allows the passage of 5 speeds.

In 1937, the derailleur was authorized in the Tour de France.

It was in 1946 that the first front derailleur was used in cycling competitions.

In 1956, Shimano put its first derailleur on the market, a copy of the Simplex from the 1950s.

In 1962, the first Simplex front derailleur saw the light of day, it was made of plastic components for weight reduction.

In the 1980s Shimano and Campagnolo offered complete transmission groups comprising the shifters on frame, derailleurs, hubs, crankset and its housing, chain, freewheel and cassette. To respond to this strong competition, SEDAC (European Society for the Distribution of Cycle Accessories) will have the idea, at the end of the 1970s, of bringing together complementary French manufacturers. In 1977, the first group of the SPIDEL brand will be offered, it will be made up of MAFAC calipers and brake levers, Maillard hubs, freewheels and pedals, front and rear derailleurs, gear levers and Simplex seat post and crankset and case supplied by Stronglight. Unfortunately the bicycle manufacturers will lose interest in French brands in favor of Campagnolo for the top of the range and Shimano for the medium ranges. Maillard, Simplex and Mafac will disappear in the 80s because they did not anticipate the success of mountain biking and BMX for which they did not develop technical solutions.

1935: Simplex champion of France and champion of extra light, these ranges are designed for competitions

Our offer of Simplex parts :

We offer Simplex components in new condition from stock even if this brand no longer exists, increasingly scarce stocks may still be available at certain bicycle shops. Used Simplex parts available in our store are cleaned, inspected and their functionality verified. Their general condition is noted on a scale from 0 (for parts) to 10 (new in its packaging). 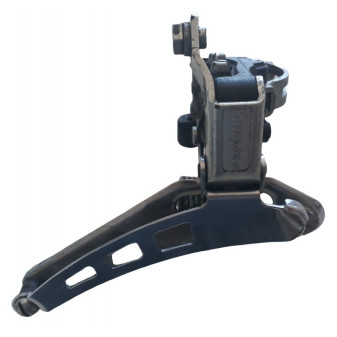 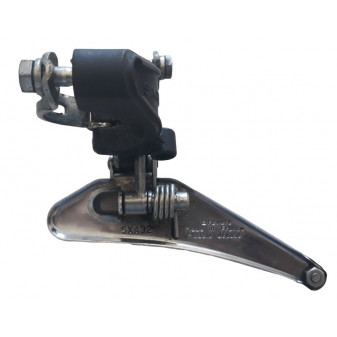