Maillard is a French brand of freewheels, hubs and pedals that has disappeared today.

It was in 1909 that Maurice Maillard created a body shop in Incheville. Given the few manufacturers of bicycle parts in his region, he diversified by offering pedals and hubs for bikes.

During the First World War he opened a factory in Dunkerque to meet the French market but also that of the United Kingdom.

In 1966 it was Maurice Maillard's son, Pierre Maillard, who took over the company. An agreement with the Cyclo establishments is concluded in order to develop export sales of 4 and 5 speed freewheels.

In 1967, a design office specializing in the development of hubs for cycles and mopeds was opened in collaboration with Perrin-Courson.

At the beginning of the 1970s, 1770 employees worked for the Maillard company in 5 factories.

The Incheville site is an assembly and machining plant but also a head office in which 1,200 employees contribute to the development of Maillard, the Abbeville plant which employs 381 employees who manufacture cranksets and hubs by a process of forging, the Neufchâtel en Braye plant which has 327 employees who manufacture hubs for bicycles and mopeds, blocks for pedals, brake pads, ... the Bézu-Saint-Eloi plant in which 150 people manufacture levers and brakes by stamping and cutting, the Aumale site which opened in 1972 in which axles and quick realeses were manufactured.

In the 1980s, Maillard like all European manufacturers faced competition from Asia.

In 1982, Maillard put on the market the Maillard Hélicomatique hub which consists in separating the pinions of the freewheel in order to create two subsets. This system makes it possible to better distribute the mechanical forces on the axle but also to assemble a greater number of sprockets on the freewheel. Unfortunately this hub is unreliable, opening the door to competition from Shimano's freehub which works on the same principle, finally the production of the Helicomatic will end in 1988.

In 1987, Maillard was the number one company in the world in the manufacture of hubs and freewheels, it was taken over by the German group Fichtel & Sachs which was then sold in 1997 to the American group Sram.

Our offer of Maillard products :

The pieces produced by Maillard were of good quality and were produced in large quantities. We therefore offer Maillard components in new condition from stocks of bicycle shops, collectors, individuals or in revised used condition. Their level of use is noted on a scale from 0 (for parts) to 10 (new in its packaging). All used parts available in our store are cleaned, inspected and their functionality checked. Some models of Maillard parts may be rare or difficult to supply, we regularly renew our stock in order to offer you as many references as possible. We specify as much information as possible in our product sheets so that you can ensure the compatibility of the components we offer with your equipment. 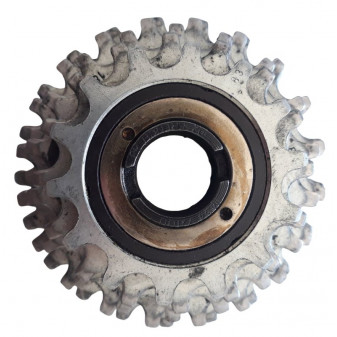 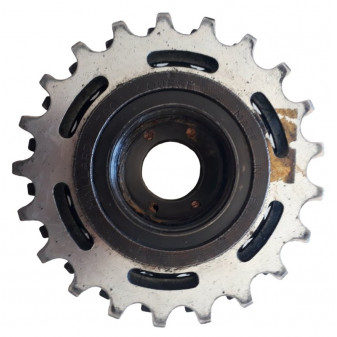 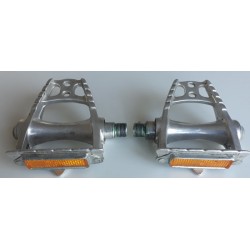 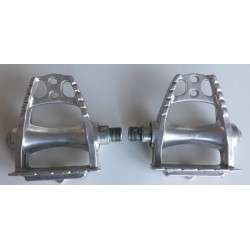