Selle Royal is an Italian manufacturer of medium and high-end saddles, handles, saddlebags.

The Selle Royal group generates a turnover of more than 100 million euros and is present in Asia, Europe and the United States by offering saddles, clothing for cyclists and accessories.

The Selle Royal brand is intended for all cyclists, whether they are regular or occasional users of electric bikes or city bikes. Selle Royal products are comfortable and efficient.

The Fizik brand is particularly appreciated by the most demanding cyclists who regularly practice road cycling or mountain bike in competition or in groups, the materials which constitute them are of high quality.

Selle Royal continues its innovations by offering saddles that integrate new functions such as a lighting system to be visible for example.

Brooks England components are designed and manufactured in noble materials following traditional and ancient know-how, the products manufactured are intended for hikers, high-end city bikes, Dutch bikes, for the renovation of old bikes or for fixie use.

The components of the brand selle Royal being of good quality so we offer them in second hand condition. Many parts and accessories of the Selle Royal, Crankbrothers, Fizik or Brooks England brands are available in our store in used or new condition.

Second hand components are cleaned and checked before being put on sale, their general condition is noted on a scale from 0 (for parts) to 10 (new with packaging), products in new condition come from stock clearance and offered at the best price. Our offer is regularly renewed.

Sort by:
Sales, highest to lowest Relevance Name, A to Z Name, Z to A Price, low to high Price, high to low
Showing 1-1 of 1 item(s) 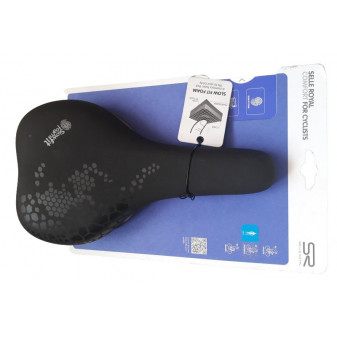