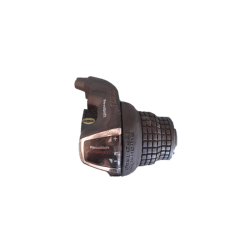 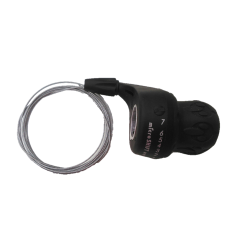 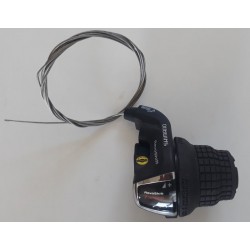 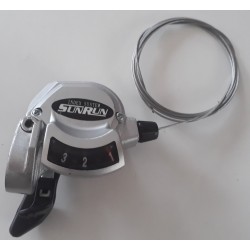 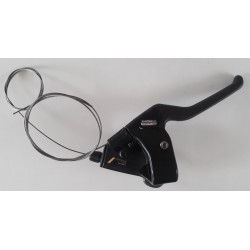 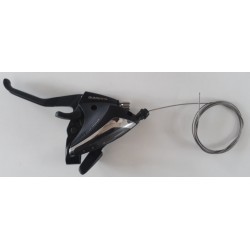 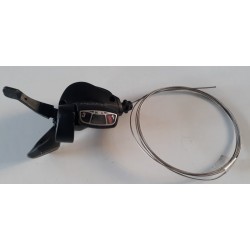 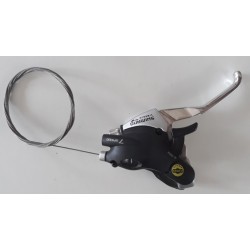 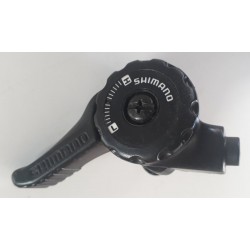 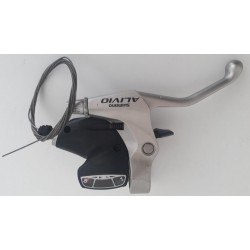 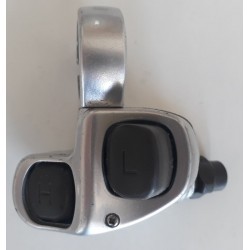 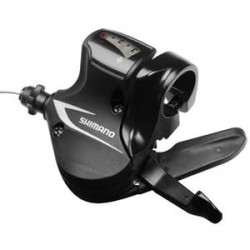 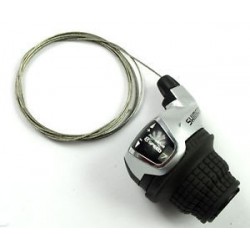 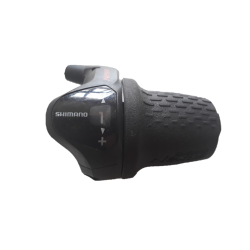 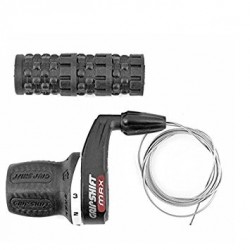 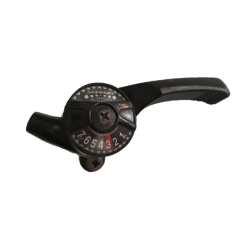 A bike gear shifter on a city or children's bicycle is a control fixed to the handlebar that operates a derailleur to change the transmission ratio.

The ergonomics of this control can be chosen with a rotating handle also called grip shift or with two push or pull levers.

An indexed bike gear shifter generates a tactile sensation (a notch) corresponding to a displacement of the derailleur for each gear change. The value of this movement may differ from one bicycle drivetrain manufacturer to another, in fact Shimano, Sram and Campagnolo do not use the same displacement values. On the other hand, certain bike drivetrain ranges are compatible with each other, for example the Shimano Acera, Alivio or Altus models whose shifters and derailleurs can be mixed.

Some alternative brands offer cassettes, chains or derailleurs compatible with a bike gear shifter from Shimano or Sram, this is the case of Sunrace or Microshift.

Since a bike gear shifter is made up of many mechanical parts, it requires regular maintenance to keep it at its optimal operating level. Regularly it will be necessary to clean it and lubricate it with a specific bicycle oil.

Replacing a bike gear shifter is a quick and easy operation that does not require specific tools, however technical knowledge is required for adjusting the derailleur actuated by this control.

Our offer of bike gear shifter :

We offer a large number of components for the drivetrain of your bike such as a bike gear shifter in a second hand condition or new cleared offered at the best price.